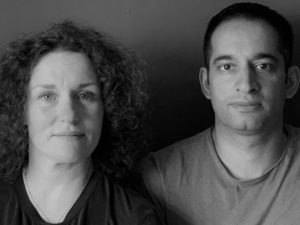 Helen has a two-book deal with HarperCollins imprint HQ in the UK and with Penguin Random House in the US.  Her debut novel, generation gap thriller Precious You (previously known as My Precious Snowflake), will be published in hardback as a lead title in Spring 2020. Her background is in journalism and magazine editing, having graduated from Cambridge University in 1997. Helen is represented by Hellie Ogden at Janklow & Nesbit UK.

As a film and TV executive, Danny has worked in the industry for over a decade for a roster of blue-chip companies, including Film4, Sixteen Films, Bonafide Films/Lionsgate, Element Pictures, Sky Drama and Bend It Networks, collaborating with some of the best writers, directors and producers in the world. Together with Helen, Danny is executive producing Precious You with eOne and Mam Tor Productions. Danny and Helen are also adapting Ashley Hickson-Lovence’s debut novel The 392 for TV. Danny is represented by Anthony Mestriner at Casarotto Ramsay and Associates.